On this day on 1935, Monopoly was first marketed to the public by Parker Brothers. 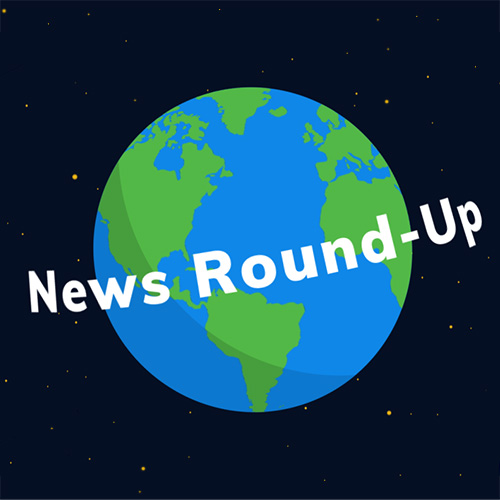 Today, Monopoly has hundreds of different editions across all media, expanding to 103 countries and being printed in 40 languages. Speaking of scaling your business, here’s the latest news in AIOps, ITOps, and IT infrastructure monitoring.

1. Gartner’s top tech trends for CIOs in 2022 are about digital experiences.

CIOs are taking a huge role in improving digital experiences and advancing digital solutions across many enterprises. Learn more about these trends in this article published in CIO.com.

At its virtual IT Symposium/Xpo, in October, Gartner identified the top tech strategies it sees CIOs embracing next year, including the “distributed enterprise,” advanced AI, hyper-automation, cloud-native platforms, decision intelligence, and advanced security, among others.

Tying together these trends is the C-suite’s ongoing recognition of IT as an engine for business transformation.

“The two top business priorities for CEOs going into 2022 are scaling digitalization and building e-commerce, with the aim of getting back to business,” said David Groombridge, research vice president at Gartner, noting that CIO priorities will vary depending on whether they are tasked with driving consumer revenue or building products. But all CIOs will have a common set of technology priorities, the analyst predicts.

An article in ZDNet.com explains how interest in AIOps continues to rise and what is the path to further success.

AIOps adoption is on the rise as organizations invest in AI to make their ITOps smarter, faster, and more secure. Those who have adopted AIOps view this technology as no longer a nice-to-have but a necessity in the post-pandemic, work-from-home era. Tech leaders are tasked with managing third-party cloud applications from devices and remote workers scattered across numerous locations in this new era. And in August 2021, ZK Research surveyed more than 500 IT decision-makers in the U.S. across seven industries.

Key findings from the survey:

As is the case with any type of automation, AIOps requires a reframing of processes, roles, and responsibilities. Organizations should create their own IT operations playbooks to train an AIOps engine. Every organization should have an AIOps strategy to avoid being left behind.

3. Artificial intelligence may take over DevOps.

With rapid change being a constant in this industry, developers are often trying to stay ahead of the curve. This article from InfoQ.com delves into what’s next for DevOps.

For many developers, predicting what’s next in DevOps has become something of a favorite pastime. We’ve seen our industry change rapidly in just the last decade, and in that same period, the programmer’s role has also changed fundamentally.

In fact, and particularly among those developers of a “particular age,” it might seem as though the role of the “traditional” developer no longer exists. Rather than the traditional software development lifecycle – in which software is planned, built, and then released – many of us now work in multi-disciplinary teams in which development and operations exist side-by-side, and are increasingly indistinguishable.

That model has become known as DevOps, but only recently. And it only took a few years (or months?) for DevOps itself to start changing and adapting. Now, we are adrift in a sea of acronyms (including the more recent DevSecOps) that denote a slightly different way of working, and each a slightly different view of the future.

4. There are three necessary steps as to why SecOps is needed now more than ever.<

Security Operations (SecOps) programs can be modernized with help from IT leaders. This article in  eWeek.com  explains what needs to be done to make this happen.

According to Digital 2021: Global Overview Report from Datareportal.com, adults now spend almost seven hours a day interacting with all of their connected devices. Just as technology is becoming a larger part of our daily lives, businesses also increasingly rely on technology to improve communication, enhance decision making, manage customer relationships, drive go-to-market solutions, and more. Just look at how business leaders are investing: worldwide IT spending is expected to increase to $4.2 trillion in 2021, according to Gartner.

Technology has had a massive, transformative impact on business, but the introduction of modern capabilities and new technologies expands the threat surface significantly. According to the FBI’s 2020 Internet Crime Report, the Internet Crime Complaint Center received a record 791,790 cybercrime complaints in 2020. Security breaches are not only common, but they are also costly – with the average data breach in 2020 costing businesses $3.86 million according to a new report from IBM and the Ponemon Institute.

Business leaders are taking note. Spending on information security and risk management technology and services is expected to grow 12.4%, reaching $150.4 billion in 2021 according to Gartner. The increased focus on security is good but the approach needs to mature as well if we want to get the most out of our investments. Traditionally, new threat vectors (from introducing new technologies) are addressed by purchasing and implementing new point solutions which can lead to significant security technology sprawl.

The ultimate objective of a security program is to prevent as many threats as possible while also enabling your security teams to take quick and correct action when threats arise. This means that enabling and empowering people with efficient technology that aggregates and enriches data supported by well-defined processes that provide guidance and remove confusion should be the goal.

PREVIOUS POST
Department of Defense Information Network (DoDIN) Approved Products List (APL): What is it and Why it Matters
NEXT POST
SL1 Duomo Release: Fueling Your Flight to AIOps with Workflow Automations
Our website uses cookies to improve your experience. By using our site you agree to our use of cookies.
Read MoreCookie settingsACCEPT