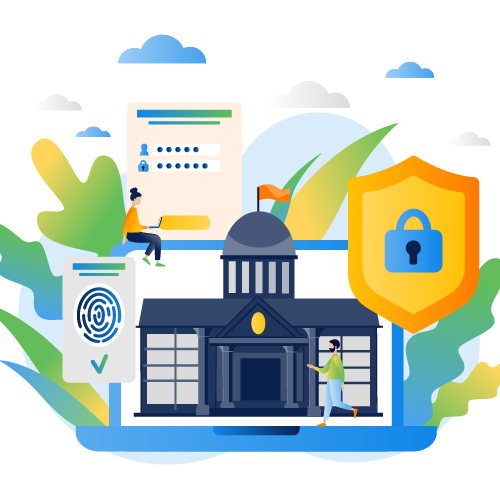 When the U.S. Congress passed the Modernizing Government Technology Act (MGT) of 2017 as part of the 2018 National Defense Authorization Act, it established both funding and a process intended to help bring aging federal IT systems and infrastructure up-to-date with state-of-the-art technologies common in the private sector. According to the legislation, the goals of MGT are to:

The total federal IT budget for civilian agencies for the 2022 fiscal year is $58.4 billion, not including $1 billion allocated for the TMF to support the programs intended to meet the goals of MGT. Agencies can apply for loans, drawn from the TMF, for investments in new systems and technologies, as well as associated integrations. Agencies receiving TMF loans are expected to pay them back, ostensibly from cost savings realized through modernization.

An Update on Ambitious Plans

The U.S. government’s ambitious plan is not unlike any private sector technology transformation in that the investments are intended to give agencies additional ways to deliver services more quickly, better secure sensitive systems and data, and use taxpayer dollars more efficiently. And that will, in turn, enable them to deliver a higher quality of service to the constituents they serve. That’s a worthy ambition, and one that has strong bipartisan support. And so, it follows that a common question we hear discussed when working with our customers and partners in the federal sector is: how is the modernization effort progressing?

ScienceLogic wanted to know, too, and so we commissioned a study of IT leaders in federal government, conducted by the Government Business Council, to get answers. The resulting report, “AI Operations-enabled Monitoring: Assessing Agency IT Modernization Challenges, Priorities, and Progress,” exposes sentiments and perceptions among federal employees regarding their agency’s IT modernization pain points, priorities, and progress. The report’s findings are interesting and revealing.

Unsurprisingly, we learned that IT modernization in the federal sector is a work in progress. Of those polled, 89% told us that at least some progress has been made toward modernization, while the remaining 11% said that their agencies had made no progress, or that they were unsure if any modernization gains have been made. Of those who reported progress: 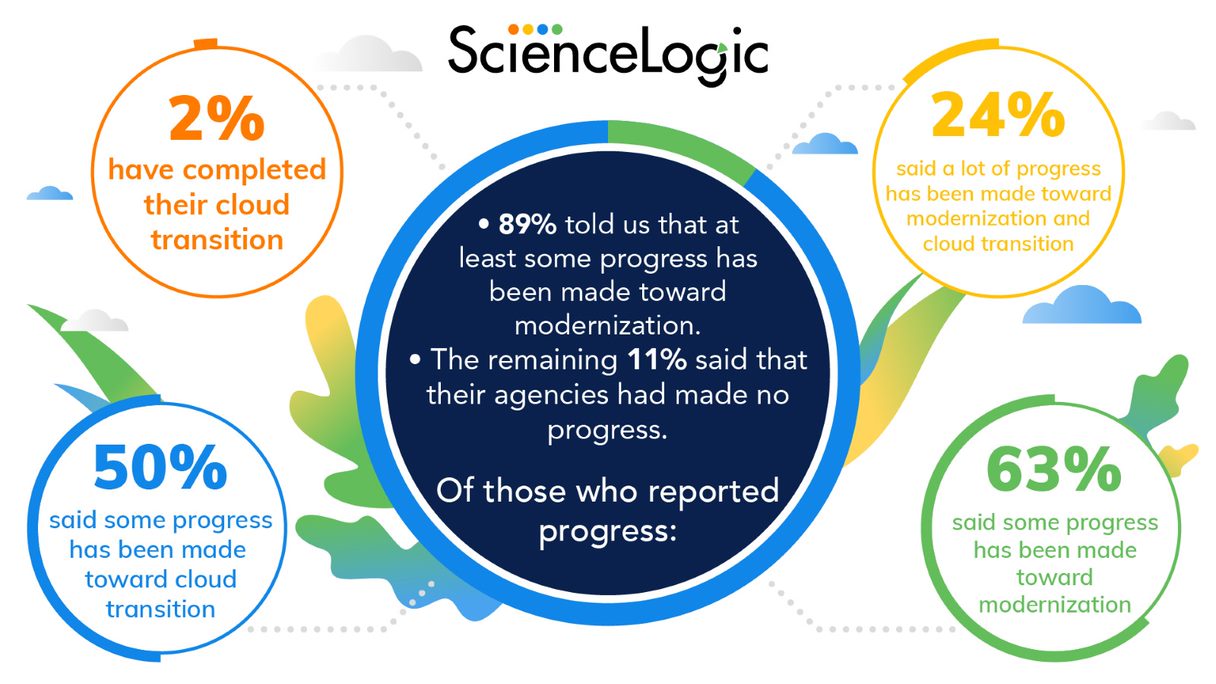 As federal agencies make progress on their journey to IT modernization, it helps to understand what outcomes take precedence. The top three priorities listed most often by the IT leaders surveyed are consistent with MGT’s goals, and in-line with expectations of any IT transformation project. Specifically, improved cybersecurity (24%), improved efficiency (20%), and optimized service delivery (13%) were the top goals, followed by things like cost reduction, improved collaboration, and greater technical agility.

As for IT operations initiatives being established to achieve modernization goals, respondents said that their agencies’ high or critical priorities were to:

Interestingly, when asked about the biggest obstacles to modernization—and the consequences of failure—security risks proved to be top-of-mind. This suggests that the May 12, 2021 “Executive Order on Improving the Nation’s Cybersecurity,” and its emphasis on implementing “zero trust architecture” within the federal government’s IT systems, is having an influence on the direction of modernization’s implementation at the agency level. The top three obstacles to modernization cited by IT leaders were security risks (64%), high costs (53%), and difficulty integrating and maintaining legacy tools (49%). The top consequences of failure were identified as security risks (58%), a poor employee experience (56%), and the costs required for support (52%).

The Role and Value of AIOps

Success at achieving any IT modernization endeavor, technology transformation, or cloud migration starts with the establishment of a strong technology platform that can support both legacy systems and new technology investments, ensure secure transfer and storage of sensitive data between systems, and drive efficiencies through advanced analytics and intelligent workflow automation. Artificial intelligence for IT operations (AIOps) solutions have proven to be a powerful technology for private sector organizations and are growing in popularity within government agencies as well. For example, The ScienceLogic SL1 platform is the AIOps platform of choice for the Department of Veteran Affairs—the largest civilian agency in the U.S. federal government—and many other federal agencies as well.

With cyber-attacks on the rise in frequency, sophistication, and the extent of damage that can be inflicted on an organization’s operations, establishing a secure foundation should be top of mind—wherever you are on your IT modernization/AIOps journey. ScienceLogic has a long history or employing security best practices, employing a multi-pronged approach to securing our solutions—including customer data.

Whether it is with the Department of Veterans Affairs or agencies within the Department of Defense that have already chosen SL1, or any of the hundreds of other federal agencies that are working to build, modernize, and maintain their IT systems and infrastructure, AIOps is a proven strategy for reining in the complexity of sprawling enterprises and delivering improved operational efficiency, while promoting cybersecurity.

PREVIOUS POST
How MSP Content+Cloud Turned a Cost Reduction Mandate into New Revenue Generation
NEXT POST
Stepping Closer to AIOps with Workflow Automation
Our website uses cookies to improve your experience. By using our site you agree to our use of cookies.
Read MoreCookie settingsACCEPT