ScienceLogic, the leader in hybrid IT service assurance, today released the results of a survey of over 1,100 enterprise and MSP IT professionals.* Amongst the surprising findings is that 28% of IT workers surveyed fear that cloud adoption is putting their job at risk. And 30% of IT workers feel improperly trained to lead cloud deployments. This is particularly alarming as survey data additionally suggests that cloud adoption is occurring at a faster pace than leading analysts projected.

“It’s no secret that the cloud has fundamentally impacted business strategies,” said Dave Link, CEO, ScienceLogic. “But it has also impacted the personal careers of IT professionals. It’s forced them to rapidly adapt to new technologies and new mindsets that are often application centric vs infrastructure centric. Without the right professional development and tools to manage cloud adoption, they may find themselves disadvantaged.”

*This survey was conducted by ScienceLogic with the goal of understanding the issues around public cloud adoption and how traditional IT infrastructure is changing. More than 1,100 IT professionals responded with 70% being from the Americas, 14% from Europe, Middle East, or Africa, and 16% from the Asia Pacific region. 54% of the respondents were enterprise businesses, 28% were service providers, and 18% government or public sector.

News ScienceLogic in the news

Back to Press Releases 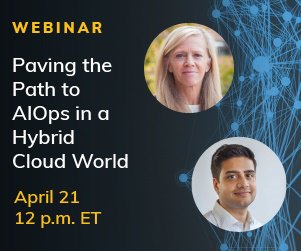