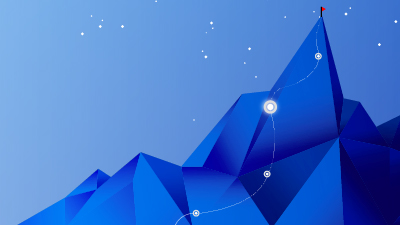 Mission creep is a phenomenon that occurs after a project begins and gains momentum, but then gradually grows beyond the original, intended scope. One day you wake up and realize that, instead of an efficient, manageable project, you’ve got a monster on your hands. For enterprises in the midst of dynamic growth, IT infrastructure is often beset by mission creep. The incumbent organization acquires smaller operations, integrates their technology, and soon things are out of control.

In such cases the effects of mission creep are disparate systems connected by too many tools, monitored with redundant tools, conducting siloed operations, and with no cohesive management structure. Sprawling, disorganized networks are common, but there is a remedy. Artificial intelligence for IT operations, known as AIOps, can rein-in the effects of IT mission creep, and Gartner says that, by 2024, 30% of enterprises will have adopted the technology.

Gannett Starts their Journey to AIOps

One large enterprise that is already enjoying the benefits of AIOps is Gannett, the largest media publisher in the United States, and the publisher of USA TODAY. Gannett’s IT network consists of more than 280 local publications and newsrooms that span 48 states, supported by seven data centers, hundreds of remote offices, and  a mix of on-premises and public cloud platforms. That enterprise grew over years of acquisitions, becoming inefficient and unwieldy.

When Gannett began their journey to AIOps, they noticed that there were redundancies that were creating extra noise, extra work, and inefficiencies across the entire business. They knew they needed to consolidate monitoring and transform to a common operating model. At the same time, they explored ways to optimize costs and increase the efficiency of the entire IT estate.

Ruffieux said they started their journey by asking themselves, “What are the desired business outcomes we want to achieve?” and three things came to mind:

Meeting these three objectives required building from the right platform. Gannett evaluated their options and chose SL1. If successful, they believed that, beyond simply being a platform for improving IT operations, SL1 would prove to be a “launchpad for bold change throughout the organization and set the way for our journey to automate and virtualize.”

The rewards of AIOps are great, but they take planning and effort, and a progression from crawl to walk to run. But it also takes an organization with a vision for what that transformation will look like. Gannett’s vision was bold.

“On an afternoon phone call Chris asked me, ‘What will it look like if the NOC doesn’t exist anymore?” Osiecki said. “That started us on this journey to automation. When we dug into it, started talking about it, we understood that it wasn’t going to be a quick thing. It was going to be multi stages and probably multi years.”

Like most organizations embarking on this journey with SL1, Gannett was introduced to ScienceLogic’s AIOps maturity model, predicated on crawl-walk-run, and addressing data, analytics, and automation to help set strategy—and expectations.

SL1 to Rule Them All

“We were able to quickly spin up our instances and do our migrations. It was about a two-month project. At this point, we’ve migrated our SL1 instance into a SaaS-hosted environment. We’ve implemented PowerFlow. Our offshore NOC is no longer in the picture. We’re using SL1 like the One Ring from Lord of the Rings,” Osiecki said.

The implementation of SL1 went smoothly, but AIOps success is measured by the results. And for Gannett, the early data suggests that, from Crawl to Walk, the journey has been a success. Some of the results they now enjoy include:

It’s a strong start, and Gannett is ready to start running with SL1 toward even greater efficiency, ensuring the health, availability, and reliability of the entire Gannett/USA TODAY Network. Ruffieux offered a peek at what is in store.

If you want the complete Gannett USA TODAY story, you can view the entire webinar, “Automate and Virtualize the NOC: A Gannett/USA TODAY Network Case Study,” and see all the details, including specific examples of steps along their journey to AIOps. And, of course, if you want to talk to an expert from ScienceLogic, or if you have any questions about how SL1 can be your platform for your journey to AIOps, don’t hesitate to get in touch.